Aalim Muhammed Salegh College of engineering became a NPTEL Local Chapter (LC) in 2017.From then the faculty and student have shown keen interest in learning through these MOOC courses and hence promoted to an ACTIVE Local Chapter. 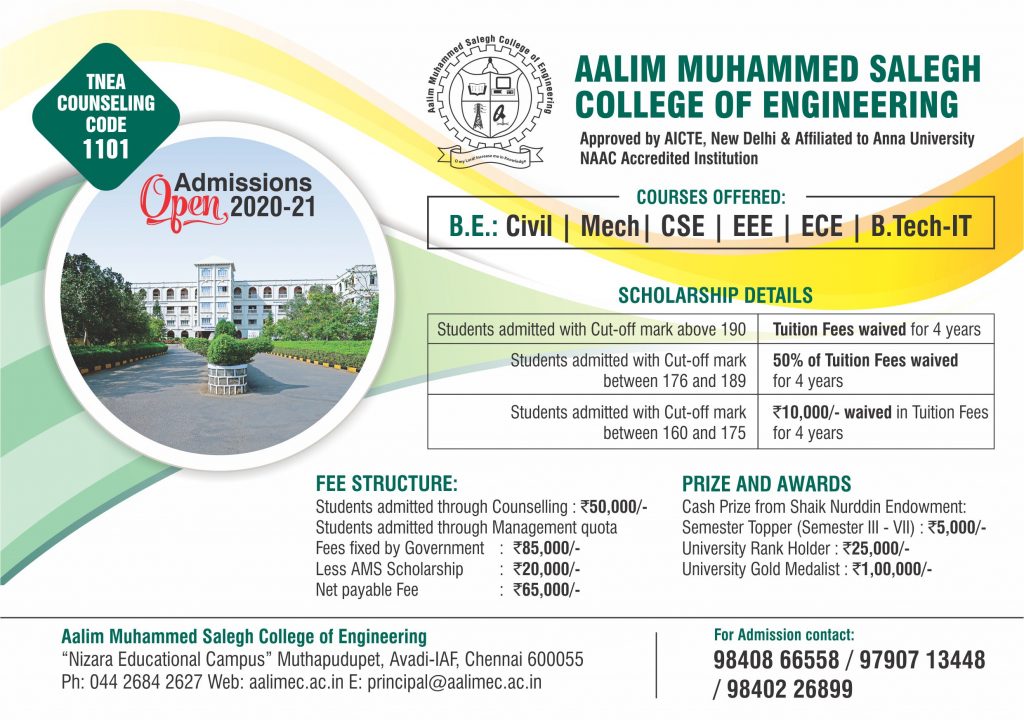